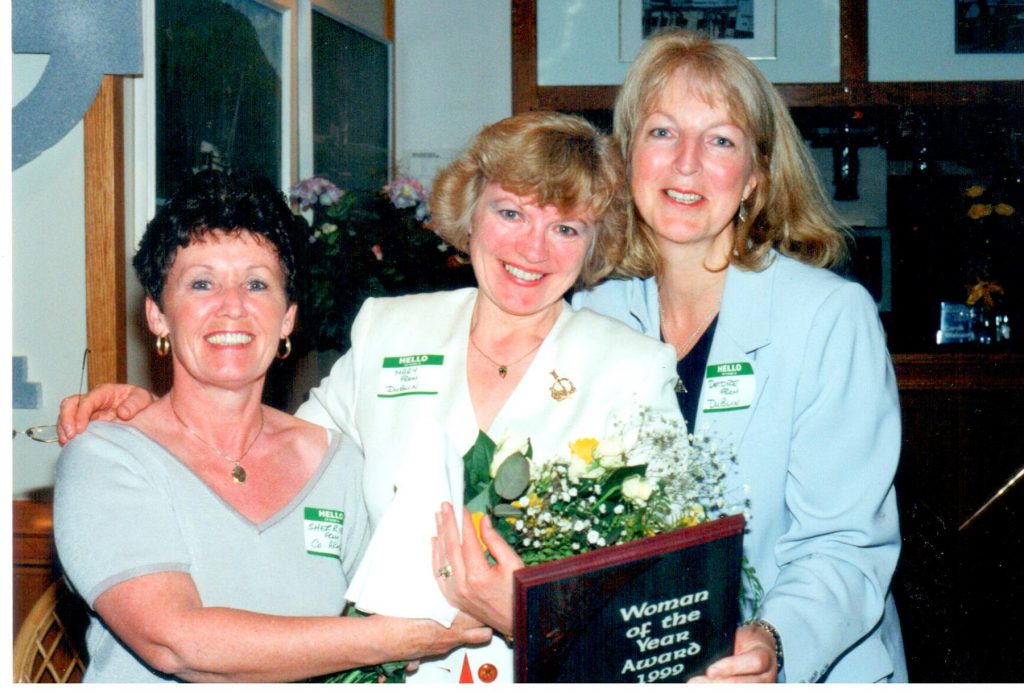 MARY HATCH [centre] was presented with the first Woman of the Year Award in 1999 in recognition of her work as founder of the Irish Women’s Network of B.C.

VANCOUVER – Over the last three decades, whenever I felt an impulse to write, I have invariably found a generous response from Maura De Freitas.

She always accepted and made space for me in The Celtic Connection, whether it was an article about a visiting poet or author, an emerald ball, a golf outing, a visit to Flander’s Fields, Queen Elizabeth in Ireland, or the start-up of the Irish Women’s Network.

She even tolerated my ill-informed and heavy-handed attempts to help with editing her precious newspaper before I took my professional writing diploma and cringingly discovered the difference between proofreading, copy editing, and the sort-of slashing of copy that I had lapped up in such TV shows as Lou Grant or Saints and Sinners (1962; you wouldn’t remember it!)

What brought me here in 1991 was a whirlwind romance. The term evokes images of exciting love at first sight spiced, perhaps, with a tinge of recklessness or promises of happily ever after. 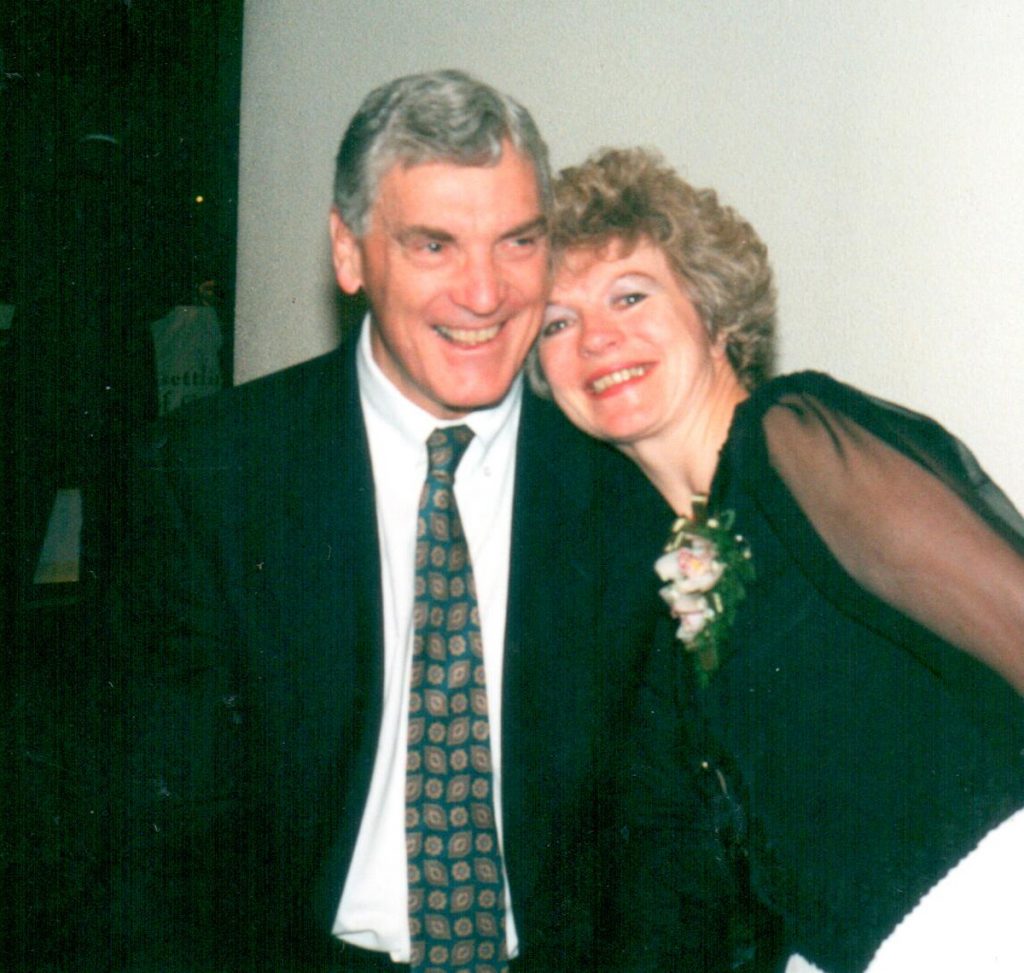 MARY HATCH as a newlywed with her husband Paddy shortly after her arrival in Vancouver in 1991.

Or perhaps, when it involves people aged 44 and 58, suggesting midlife madness.

What I did not anticipate, however, was what an isolating experience it would be to journey 7,156 kilometres from Dublin to Vancouver with a man with whom I had very quickly fallen in love but whom, in reality, I barely knew.

Nor did I anticipate that Vancouver would seem so very different from Dublin.

When you go through life with people who are the same as you, have the same type of education, the same religion, the same ethnicity and social norms, you expect the rest of the world, the western world anyway, to be much the same.

Back in 1991, communication with family and friends back home was either very expensive or very slow: 80¢ a minute for phone calls between midnight and 8 AM, twice that much during the day, and 10 days for letters or Saturday’s Irish Times to make the journey.

And there was the eight-hour time difference another huge factor in my separation.

I remember often waking at 8 AM and realising that everyone back home had almost finished their day’s work.

All the radio and TV news was local; there was very little international or even British, never mind Irish news

There was nothing in the phone book (remember phone books?) under ‘Irish’ or ‘Ireland’. The closest I could get was when I blocked out the first letter of a company called Tireland.

So when my husband-to-be brought home The Celtic Connection, I was euphoric. There actually were Irish people here, and Irish groups, and I didn’t have to be totally cut off any more. An immediate bond was created with this publication and it became my lifeline.

So when, on a visit home in 1997, my sister told me that a group of blind people planned to cycle across the Rockies to Vancouver and asked if could I arrange a get-together for them, I said “of course.”

I pictured a small group of visitors who could be entertained one evening at an Irish pub, and that The Celtic Connection would oblige with photos and a couple of paragraphs. After all, how many blind people would be so reckless as to cycle across those towering giants!

Actually, 200 people were going to make that journey (on tandems with a sighted cyclist in front), and they wanted a welcome reception as well as an awards presentation dinner.

The Tánaiste (deputy Prime Minister Mary Harney) would attend. I was already committed and totally out of my depth. But the Irish community was there, via The Celtic Connection.

The late great J.J. Hyland of the Irish Sporting & Social Club was hugely resourceful and very supportive, as was Marie Morris of Stage Eireann.

As always, Maura and Catholine were supportive and encouraging, allowing me to get the necessary information to the people I needed to learn of it, and then giving the event generous and fulsome coverage.

Now, as I feel once again the impulse to write, that impulse is tinged with sadness and a feeling of personal loss.

For this newspaper has been my constant companion throughout my time in Vancouver. Its first edition appeared very soon after I arrived here. And now, as I am preparing to depart, so, too, is this very special publication.