Remembering the Founders of the Irish Cultural Society of Calgary 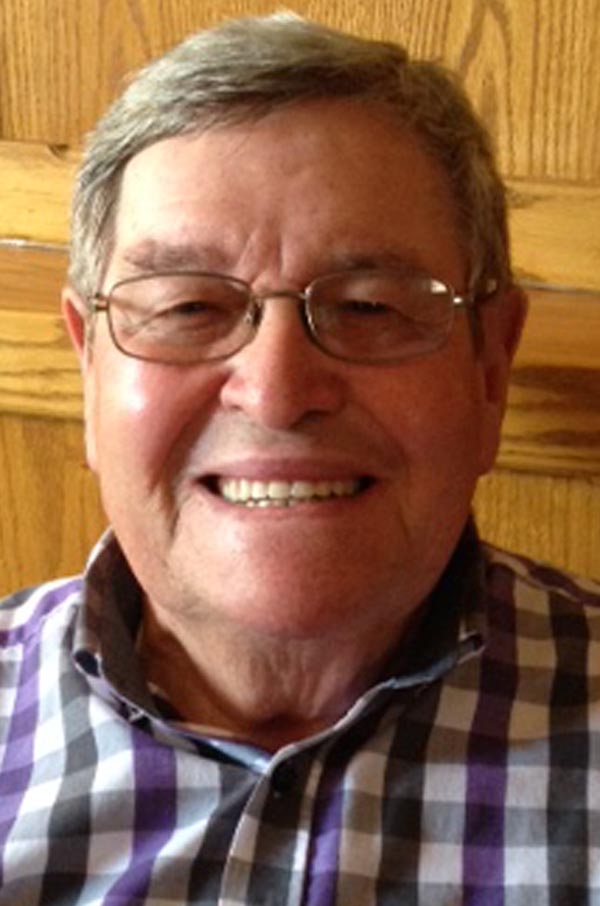 MARTIN COWMAN is the former President of the Irish Cultural Society of Calgary.

CALGARY – The Irish Cultural Society (aka ICS) started as the brainchild of Dan Bolger in the early 1970s.

Following a number of informal meetings with like-minded Irish newcomers, a decision was made to incorporate a cultural society wherein the Calgary Irish could express and share their unique heritage and culture with each other and the citizens of Calgary.

Bylaws were drafted as one of the first orders of business to ensure that the ideals of the founders were respected.

The wisdom of wrapping a newly formed society in the “security net” of provincially-approved bylaws has manifested itself in the longevity of the society.

As an example, the ICS symbol – a design from the Book of Durrow, located in Trinity College Dublin – is reflective of the history and culture which is inherent in the true Irish psyche.

THE IRISH CULTURAL SOCIETY of Calgary logo was inspired by the Book of Durrow located in Trinity College Dublin.

The ICS has proven over the last 35 years to be an asset to the growing diversity of Calgary’s cultural mosaic. There is no doubt that the longevity of the ICS is largely due to the solid foundation upon which it was built.

Unfortunately, a number of the original members have passed on to their well-earned rewards. Following are names [in bold print] of some members who have died since formation of the society whose skills & talents contributed to the growth of the ICS in its formative years:

Barney Toye who “trod the boards” on stage sets designed by Bill Torrie and built by Barney and John McCullagh.  Barney and John also designed and built the imaginative Irish float which was used for many years in the Stampede Parade.

Paul Flanagan, who initiated the original meetings with the Alberta Gaming Commission and set up the procedures to qualify for funding from bingos and casinos and how the monies could be spent. These funds were used predominantly to upgrade an abandoned City Parks Department storage facility which the ICS now uses as its  home.

One of the features of the original renovations is the Hickey room on the lower floor to honour Pat Hickey, the original bar manager.

The major space on the main floor was transformed as if by magic from a Parks Department storage area to a formal concert hall complete with stage, bar, industrial kitchen and the requisite washrooms, by judicious usage of funds received from volunteer-driven bingos and casinos not to mention hours of volunteer work in building renovations. 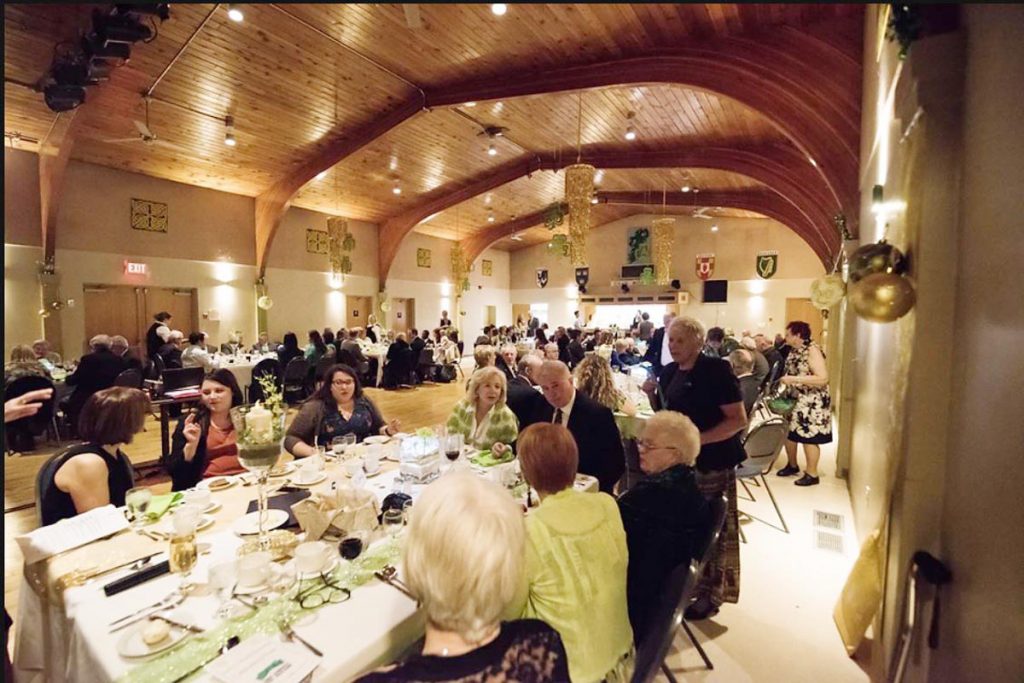 HE BUNRATTY HALL is the main function space at the Irish Cultural Centre in Calgary. It was transformed from a Parks Department storage area to a formal concert hall complete with stage, bar, industrial kitchen and the requisite washrooms.

In recent years, the Society’s Musician Emeritus incorporated a pantomime presentation into the Christmas show, each of which was a big hit with audience and performers. The Bunratty Hall has also served as a venue for numerous big-name concerts promoted by Sean Hayes & Eamon Groome Irish Concerts (Irishconcets@hotmail.com).

Another stalwart in the early years of the ICS was Jim Cox, remembered fondly for his times on stage with the Wilde Rose Players founded by the late Frank Talbot, which evolved into the Liffey Players, which is still active as a theatre ensemble in Calgary. Jim also served as Treasurer & Bar Director at different times on the Board of Directors.

One of the annual highlights on the Calgary Irish calendar is the St. Patrick’s Day Mass celebration in St. Mary’s Cathedral. The occasion is generally packed with the Calgary Irish and indeed many who are not Irish.

The ICS choir provides the choral contribution to the ceremony and concludes each year with a rousing version of When Irish Eyes are Smiling.

This joyous celebration is followed by light refreshments and entertainment in the parish Hall, hosted by the ICS Care Committee and volunteers.

The impetus for this popular and meaningful celebration was provided by Bernie Smithers and her husband John and family who worked assiduously with the bishop and clergy along with ICS volunteers to ensure its success and to provide a template that has made it possible for others to carry on the joyous tradition.

Denis O’Brien was another early ICS member who contributed to the Irish influence in a burgeoning city. Few Irish in Calgary are aware that Denis stood for hours on the Stampede float playing his fiddle during the long parade, while others sat on horses or rode in vintage cars or horse-drawn buggies. Denis was also known for being part of a group called ‘Your Celtic Friends’ which gave of their time to entertain shut-ins in long term care facilities.

P.S. I generally try to avoid naming people when giving acknowledgments for fear of inadvertently omitting some who deserve acknowledgment. As this discourse was written from memory, I apologize to any I may have omitted and place the blame on my advancing age and its concurrent failing memory!