Irish Heritage Club, Seattle: The loss of The Celtic Connection will be deeply felt in Seattle 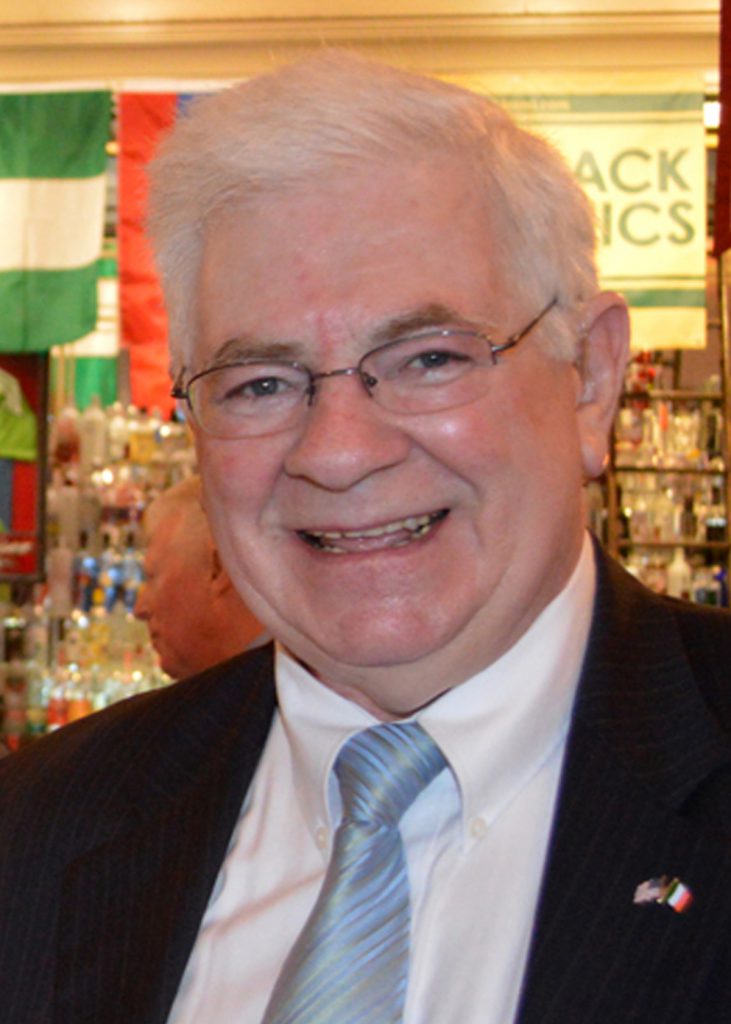 JOHN KEANE, Honorary Consul General of Ireland in Seattle has written a regular column in The Celtic Connection since the early 1990s.

SEATTLE – It was on June 19 that the sad news was received from Maura that, after almost 30 years, The Celtic Connection would cease publishing a print edition of the paper.

I know it had to be a difficult decision as Maura and Catholine every month put their heart and soul into producing a quality report on the activities of the Celtic communities around the Pacific Northwest and other stories of interest from ‘across the pond’.

While mainly based in Vancouver, the paper’s loss will also be deeply felt in Seattle and I don’t know what will, or what can, replace it.

I can’t remember when I first started submitting reports to the paper on Seattle’s Irish community, but it was certainly in the 1990s and probably a few years after the paper started.

My wife Maureen also wrote a column on nutrition for the paper for many years and it was always chaotic around the Keane household when the monthly deadline for our columns approached.

Maura McCay was always very good about understanding my need to procrastinate which dictated that my column would always be at least a day late! But somehow it worked and I am going to miss the regular interaction with her and with Catholine.

It was always a labor of love for them and they regularly produced a fabulous and quality monthly with limited resources. But they were wonderful to deal with and I certainly hope they can continue operating The Celtic Connection online.

There was a write-up on Mike O’Malley in the February 1995 issue and another report four years later after his death in February, 1999.

Mike was just one of the great Gaels in the Seattle area who was well-known and liked in GAA circles around the Pacific Northwest, whether it was in Vancouver, Edmonton or Calgary.

The reports in The Celtic Connection on his life and death chronicled the life and death of a man who was the heart and soul of Seattle’s Irish community.

I’ll never forget the late Tom Gibbons and Tom Butler bringing a sod of turf from Vancouver to put in Mike’s coffin to show their respect, something that was also reported in The Celtic Connection!

Among the other great Gaels and Irish characters who over the years had write-ups in The Celtic Connection were Tom Quinlan, Johnny Duggan, Mazie McFarland, Mary Charles, Tom Sampson, Kitty Jacobsen, Finian Rowland, Frank Shriane, Eileen Kilgren, Brendan Gallagher, and many others.

All of these have passed on to their eternal reward, in some cases many years ago, but we still have their stories to read in our copies of The Celtic Connection.

The paper has reported over the years on numerous Galway mayors visiting Seattle, on the unveiling of the Galway Stone in Seattle in 2000, on the visits to Galway in 2007 by Seattle Mayor Greg Nickels and in 2014 by Seattle Mayor Ed Murray, and on the 2014 tour of Ireland by the Seattle Police Pipes and Drums.

The Celtic Connection reported on the visit to Seattle in 2005 of Irish President Mary McAleese, the 2015 visit of President Michael D. Higgins, the visit of Taoiseach Enda Kenny in 2013 and that of Taoiseach Leo Varadkar in 2017, and visits by Irish Ambassador Anne Anderson in 2014, Ambassador Michael Collins in 2017 and Ambassador Dan Mulhall in 2019.

Most of these events got scant coverage in regular news media but The Celtic Connection was there to make sure there were reports in their paper on what were important events in Seattle’s Irish community.

The Celtic Connection newspaper reported in detail on stories that otherwise would not merit more than a few lines on Facebook, something that disappears after a few hours or days at most.

But I still have copies of The Celtic Connection that reported on Gaelic football games between Seattle and Vancouver from the 1990s.

Where will you be able to go see write-ups on many of the games held in Seattle, Vancouver, Edmonton or Calgary over the years, or to find out about who won the Bailey’s Cup in 2000 (it was Seattle!)?

Different folks who moved from Seattle have told me about going online to look up GAA reports and other stories in The Celtic Connection to keep in touch, including Tommy Jordan in Australia, the late Eddie Harkin in Thailand and Pat Coyne in Ireland.

Along with them, I also enjoyed reading about what was happening in the other Irish communities around the Pacific Northwest.

I’m going to miss the gentle nudges from Maura each month to let me know I need to send in my column and the call from Catholine to ask about an ad.

But I do hope regular reports and updates will be posted online on The Celtic Connection website to help to bring together the various Celtic communities that have so much in common.

In addition to our love and loyalty to where we live, we need to still foster that connection to where we came from, whether we were born there or those who came before us were.

The Celtic Connection sought to provide a voice to those communities who might not otherwise be heard and the hard copy of those voices will be missed.

Thank you, Maura and Catholine for your commitment and energy over the years of the paper edition. Míle Beannachtaí.  A Thousand Blessings on you both.